Christmas in July for Our US Customers 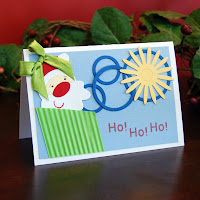 From the Earth is offering the same “Christmas in July Sale” for our US customers who order online as we are for those who visit our showroom in Jordan. To see the details of our promotion in Jordan click here.

To take advantage of our “baker’s dozen” offer on handmade olive wood Cristmas ornaments, select 13 of your choice but be billed for only 12 by inserting the following code: FTEXMASOR.

All of our individual handmade Christmas cards and sets will be reduced by 20% during the month of July.

In addition, save 15% on any hand-carved olive wood nativity sets or individual pieces during July, only.

Finally, during the month of July, you may save 10% on any of our jewelry, olive oil soap or other handmade products.

From the Earth is providing a great way to stock-up on those special Christmas items you always think of too late when the holidays roll around.

Take advantage of our “baker’s dozen” sale on handmade olive wood ornaments; buy twelve and pick another for free.

We have a limited number of handcarved nativity sets remaining.  Each of our nativity scenes are made from the highest quality olive wood and are painstakenly carved by local artisains.  It takes approximately six months to create a nativity set from scratch allowing the wood to be properly cured, then carefully carved into what will become a family treasure worthy to be passed down for generations.  In the month of July, you can save 15% on any of our in-stock nativity sets, or on special orders ready in time for Christmas. 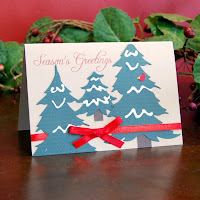 Plan to send a unique message of love to that someone special this year with one of our unique handmade Christmas cards.  Stock-up now and save 20% on any purchase of either single, or pre-packaged sets of Christmas cards.

Are you looking for unique, one-of-a kind gifts to give this Christmas?  Just tell our salesperson you are shopping for Christmas, and save 10% on any of our jewelry, stoneware, mosaics or other handmade items in our showroom.
at 9:55 AM No comments:

The Royal Automobile Museum is a remarkable place to explore the history and reign of Jordan’s most-beloved former king, HM King Hussein.

The attraction does not lie so much in the car itself. Rather, in the man who chose it and drove it, in the events it witnessed and the places it was steered towards. (From the official RA Museum website http://www.royalautomuseum.jo) 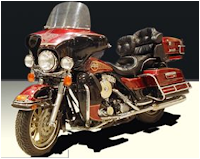 Located in Al Hussein National Park adjacent to King Abdullah II Street, the park gently slopes downward to the street, and from its elevation one may overlook the western part of Amman.  The Royal Automobile Museum is one of the first buildings you will encounter as you come to the top of the park’s hill, and is easily recognizable by the vintage royal aircraft displayed near the entrance.

The museum is open daily except Tuesdays, from 10:00 AM to 7:00 PM, and remains open to the public on all religious and national holidays.  Entrance fees are a reasonable JD 0.50 for children 13-18 years of age, with younger children being free.  Adult fees are JD 1.00 for Jordanian residents and JD 3.00 for tourists.

From 15 June until 7 July the museum will be featuring a unique display of poster art from the famous Le Mans races.  In France, the celebrated race is called “Les 24 Heures du Mans” (Le Mans’ 24 hours) because the cars involved in the competition race for 24 continuous hours. The exhibition is being held under the patronage of HRH Prince Hamzah, and is being organized by the Royal Automobile Museum in conjunction with the French Cultural Centre in Amman and the Le Mans Automobile Museum.  The exhibit celebrates the historic Jordanian-French relationship through the history of automobile.

The Dove and the Olive Branch 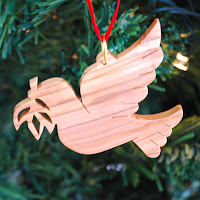 Did you know that in Judaism and Christianity an olive branch is a sign for peace? The Torah and the Old Testament both describe how a dove was released by Noah after the Great Flood in order to find land. The dove came back carrying an olive branch in its beak, proof for Noah that the tumultuous waters of the Great Flood were receding and signaling that mankind could soon resume a normal life. (Genesis 8:11).

In Greek tradition, olive branches represented peace, with the tree itself being sacred to Athena, the Greek goddess of wisdom and defensive warfare. In later years, defeated Roman armies would display olive branches as a white flag to indicate surrender.

In Islam, the olive tree is considered “blessed,” with the olive’s oil providing light that is “well-nigh luminous, though fire scarce touched it,” and by which one is given guidance. (An-Noor 36 – Yusuf Ali)

Our olive wood design of a dove carrying an olive branch represents our hope for universal peace and symbolizes a peace offering from one man to another, as in the phrase, "Let us extend an olive branch."

Written by: Nadeen Abu-Khairan
at 10:45 AM No comments:

Take 15 % off your purchase between now and the end of June!

Are you looking for quality Middle East gifts for family & friends as you travel this summer?

Then come see our unique selection of the finest handmade Olive Wood jewelry, carvings and household items, along with our incredible photo cards and calendars depicting breath-taking images of life in Jordan.

We also feature handmade stoneware and mosaics, a quality selection of embroidery items, and exceptional Dead Sea products which make distinctive gifts for those special people on your shopping list.

Bring or mention this E-mail anytime between now and the end of June and receive 15% off your showroom purchase.
at 3:26 PM No comments: 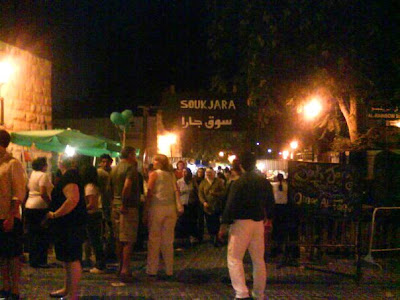 From The Earth is devoted to supporting local community development by teaching job skills, providing meaningful employment for its employees, and by practicing fair trade principles, as outlined by the World Fair Trade Organization, in the operation of its business. FTE also provides the ability for different artisans to showcase their crafts and wares, while providing a fair price for their goods. It is with great joy that we are able to participate each Friday in the annual Souq Jara hosted in Jabal Amman between now and the end of September. The Souq is designed specifically to assist in the development of one of Amman’s oldest neighborhoods, while at the same time helping local craftsmen and women market their wares. Part of an excellent article written about the Souq by Muath Freij and recently published in the Jordan Times is included below:

Raja Gargour, whose family was among the first to settle in the area, told The Jordan Times that the market is a “great idea” to draw people to the old neighborhood. “The souk has become one of the most celebrated occasions in the summer for most people. It provides people with a great opportunity to showcase their handicrafts and meet all sorts of people,” he said.

Zain Hayek, a long-time area resident, pointed out that the market has become a way to preserve the identity of Jabal Amman. “The market is a good project to enhance tourism in Jordan and Jabal Amman. Its various activities attract more people to the area,” Hayek said.

Umm Ali has sold her handicrafts at the market since its inception five years ago. The 70-year-old noted that the event has not only allowed her to promote her goods, but make new friends from across Jordan and the world.

Khalil Salamah, an interior designer, said he takes part in the souk not only to sell his paintings, but to attract customers to his workshop long after the market has packed up for the year.